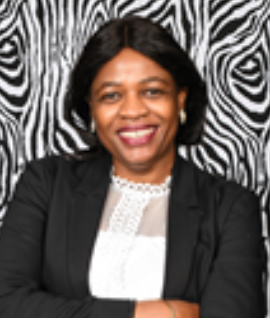 Background: The implementation of nurse-initiated management of antiretroviral therapy (NIMART) or HIV management training is a challenge in the primary health care (PHC) setting, after the adoption of task shifting. It is evident from the literature reviewed and the data obtained from the North West (NW)Province in South Africa in the HIV/AIDS/STI &TB report that gaps still exist. There is no conceptual framework that provides guidance and strengthens the implementation of NIMART. Therefore, the researcher identified a need to develop such a conceptual framework.

Aim:  This study seeks to conceptualize the study findings to develop and describe a conceptual framework that provides guidance and strengthens NIMART training and implementation to improve patient and HIV program outcomes in the NW province. This was achieved through three study phases

Method: An explanatory sequential mixed method research strategy (QUAN-qual) was followed. A descriptive and explorative program evaluation design was used and data collected from two sources District Health Information System, Tier.net of n=10 PHC facilities to determine the impact of NIMART on the HIV program, and five FGDs n=28 conducted from NIMART nurses and program managers directly involved in the management of HIV and TB program until data saturation.

Results: The study revealed that there is low ART initiation as compared to the number of clients who tested HIV positive, especially amongst children and ANC pregnant women. There is poor monitoring of patients on ART, evident in the low viral load collection and suppression, fluctuating total patients remaining on ART, high loss to follow up, and deaths related to HIV. Challenges exist and this was confirmed by the qualitative findings, including health care organization, patient, human resource ratios, training and mentoring, and the absence of a conceptual framework that guides NIMART training and implementation.

Conclusion: The study findings were conceptualized to develop and describe a framework needed to facilitate and influence NIMART training and implementation in order to improve the HIV program and patient outcomes. Dickoff, James, and Wiedenbach's practice-orientated theory(POT) and Donabedian’s Structure, Process, and  Outcome(SPO) model provided a starting point in the ultimate development of the framework. The conceptual framework was developed to strengthen NIMART training and implementation in the North West Province and South as there was no such framework in the country.

Dr. Sheillah Hlamalani Mboweni studied basic Nursing at Limpopo College of Nursing, South Africa, and completed the Diploma in Nursing( General nursing, Community, Psychiatry, and Midwifery) in 1997. She worked in various provinces in positions of education, training, and practice then joined the Centers for Disease Control and Prevention(CDC) in South Africa as public health Specialist for HIV prevention. Currently, working at the University of South Africa as a senior lecturer and researcher. She received her Ph.D. degree in 2018 at the North West. She has published various manuscripts in various Journals and presented them at an international conference.