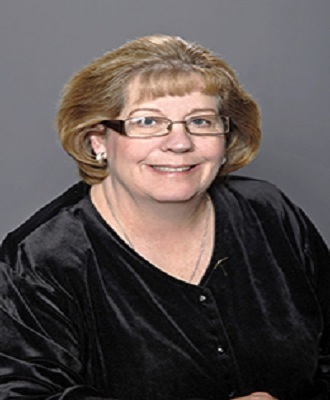 Background:  It is imperative that nurse educators adopt a systems approach to nursing education and patient safety to bridge the gap between nursing education and practice (Gregory, Guse, Dick, & Russell, 2007).  Evolving expectations of clinical partners require that nursing education programs develop technologically literate graduate nurses to adequately prepare graduates for contemporary practice (Bembridge, Levett-Jones, & Jeong, 2010). A pilot usability study was conducted to evaluate perceived ease of use and overall satisfaction of a university-based Educational Electronic Health Record (EEHR) in senior-level nursing students at the academic facility after implementation of the EEHR.
Methods: The study was conducted at a public, Texas-system university. The design of this study was a descriptive user-centered evaluative approach.  The study was conducted with senior-level nursing students enrolled in Medical-Surgical II (MS II) course at the academic facility in the summer and fall semesters of 2017.  The instrument that was utilized was the Computer System Usability Questionnaire (CSUQ) developed by Lewis (1995) , a Likert scale instrument that measures general user satisfaction with computer systems usability The pilot study initially measured the usability of the system during simulated scenario-based learning activities in the Simulation Center at the academic facility and provided guidance to the ongoing development of the EEHR for full implementation in the undergraduate program. The Statistical Package for the Social Sciences (SPSS) was utilized to generate descriptive statistics and provided data for the nominal and ordinal variables as well as chi-square test for independence and Interquartile Range (IQR).
Results: Results from a chi-square test for independence indicated no significant associations between gender, ethnicity, or age group or any direct relationship between overall satisfaction with the EEHR.  An Interquartile Range (IQR) of one indicated that there was a high-level of consensus of opinions that the system was simple to use.
Conclusions: This usability testing facilitated the improvement of the EEHR system in terms of task completion, navigation, user performance and satisfaction.  Recommendations for further research include a future quantitative comparative study to examine student nurse use of the EEHR and perceived self-efficacy in using the EEHR. The desired terminal outcome of the implementation of this EEHR is that these graduate nurses will use information and technology to communicate, manage knowledge, diminish errors, and substantiate decision making ([QSEN], 2012), and ultimately lead to an improvement in patient safety and outcomes.

Tracey Merworth, from El Paso, Texas has been a registered nurse for 37 years. Her nursing background is trauma, emergency, and critical care nursing. She attained her BSN in 1982, her MSN in 1998, and her DNP in 2018. Previous experience includes her service as clinical educator for 14 years with a local hospital network. She also has served as a Trauma Program Manager, Stroke Center Coordinator, Chest Pain Center Coordinator, Nurse Manager, Assistant Nurse Manager, Charge Nurse, and Staff Nurse. For the last 10 years she has been a faculty member at the University of Texas at El Paso School of Nursing where she is the Course manager in the undergraduate BSN program in a course that deals with the patient with complex illnesses. In her role as course manager, she has overall administrative responsibility for management of the course to include day to day operations and is the primary lecturer for course. She also provides student supervision in the clinical setting.