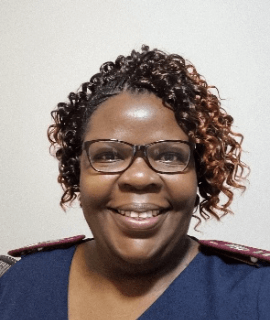 Roselene Mugwidi studied at Harare Central Hospital School of Nursing, Zimbabwe and graduated as a Registered General Nurse in 1999. She worked in several wards at the same hospital for five years after which she went back to school and studied midwifery and she graduated as a Midwife in 2005. She worked at Harare Central Maternity from 2005 to 2007, mostly in the Labour ward. 2007 to 2009 she was a clinical instructor at Harare Central School of nursing. 2010 to 2014 she worked in Botswana in both private and public hospitals as a senior midwife. She received her BCUR in Education, Administration and Advanced Midwifery & Neonatal Nursing (Cum Laude) in 2020 at University of Johannesburg. Currently she is a Masters candidate at the same university.

Title : Thermoregulation In Full Term Newborns What Do Nurses And Midwives Need To Know