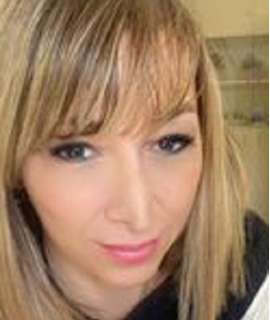 Towards the end of the second wave of COVID-19 Clalit's chief executive nurse initiated the publication of a book expressing last year life experience of Clalit's   14,000 nurses in all outlines, and which relies on the COVID-19 diaries in the Clalit's Facebook community. The book, which was published in December 2020 and distributed to all teams, contains themes that have been edited with added value to the voice of the nurses in this book and in general.

Purpose: Our purpose was to Describe key themes in the written dialogue of the nurses and discuss their meaning and examine their importance, value and symbolism for the continuation of the future discourse of nurses in the media and publications

Methods: Each text written by the nurses submitted to the book, mainly posts and 30 interviews that were transcribed and submitted for editing was analyzed based on the main themes, in order to help edit the book which has historical value

Main results: The main theme in writing is taken from the world of warfare. Dealing with the virus was described as a war and the team described itself as warriors. Concepts of victory and loss, as well as expressions of battlefield, battle and brotherhood of warriors dominated the description segment. The second most prominent theme: medical heroes, and here the angels stood out in white, depictions of royalty, immortal, superhuman behavior, self-sacrifice and superheroes and seek to ensure that it includes descriptions of action as well as gendered representation and learned health perceptions.

Etti Rosenberg is a nurse practitioner in policy and management at Clalit Health Organization the largest in Israel and head of the policy department for 14,000 nurses in 14 hospitals and 2500 community clinics. She  studied Nursing  at the Tel Aviv university Dina school of nursing Peach Tikvah and graduated as MA in 2004 from Clark university . She then worked as the nurse executive for Belinson hospital followed by heading the Tel Aviv community district. She is the admin for the   nursing social media for Clalit and for the Israel ethics committee. she is the only Israeli Nurse featured in the WHO / WIGH/ICN/Nursing  Now   outstanding women nurses 2020.